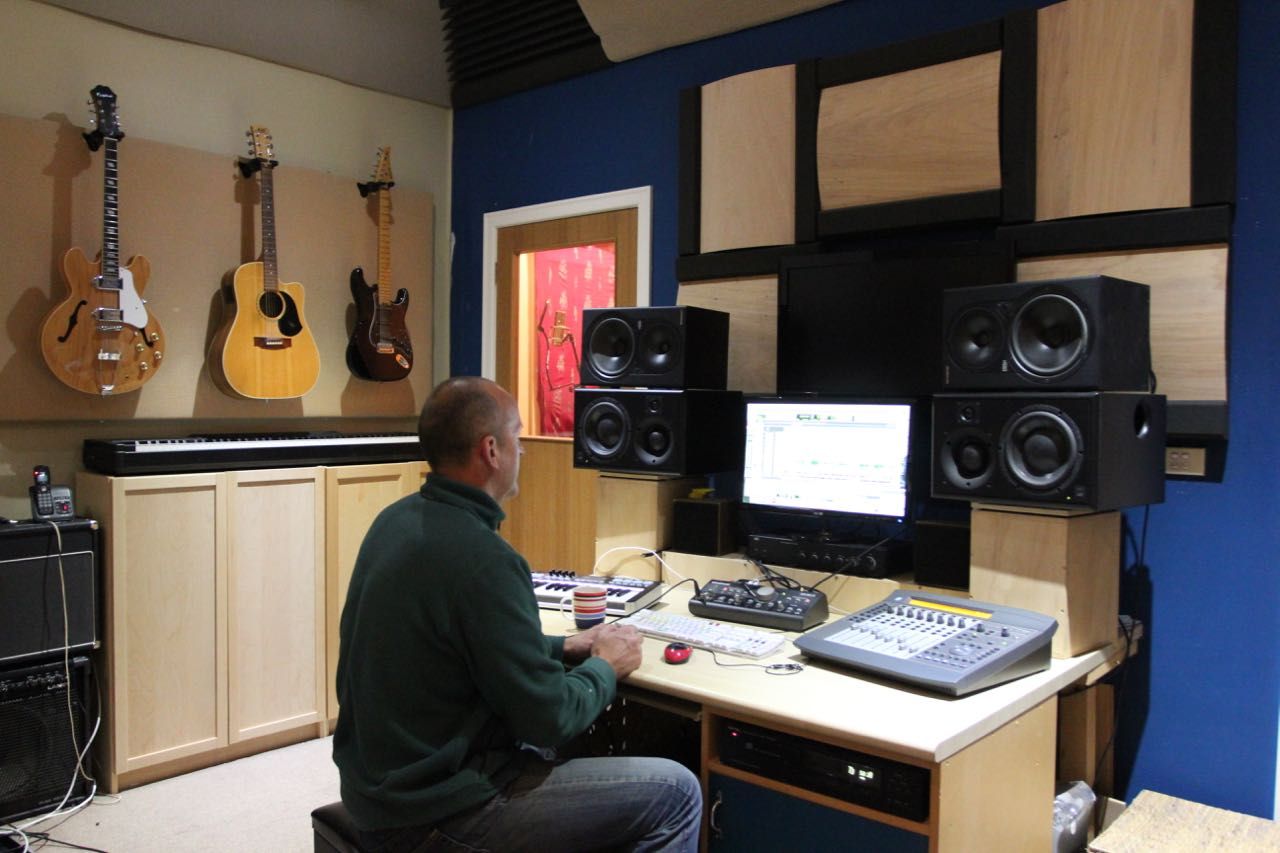 I recently had the opportunity to borrow some ATC SCM25 studio monitors, and of course I jumped at the opportunity. ATC speakers are made in the UK and come with a considerable studio pedigree. Attack magazine put the ATC SCM25’s on the top of their top ten: Best Monitors
In my own humble studio I have used my Mackie HR824’s for close to fifteen years. I still do a bit of commercial work such as VO recordings and record the occasional album or demo, the last being Western Sun for local duo, the Grapes.
I know Mackie’s shortcomings by now, well I thought I did. I placed the SCM25’s under the 824’s, with both placed on my custom made, sand filled speaker stands. The monitors were separated by some Sorbothane pads. My DAW is a PT12 HD Native system running Lynx Aurora converters. The acoustic treatment is HA600/75’s combined with RAM400/1000 traps in ceiling.
Everything written about the ATC SCM25’s is absolutely true. Superb clarity and tightness of the bass frequencies, smooth and detailed mid range and smooth extended high frequencies.
The 25’s revealed the 824’s to be quite coloured, particularly in the mid range.
The thing that really struck me is how much fun it is to mix with confidence on the SCM25’s. They give you a great sense of control and certainty over the mix. Everything is finely resolved. I’m currently mixing a country style tune with brushes on the kit. You can hear just about every bit of wire slapping the skin. Choosing which reverb to use is a joy. Now, how do I get hold of a pair without telling the wife! In Australia ATC speakers are distributed by CDA Pro Audio.

Need advice? A picture tells a thousand words!
A few photos assists us to more easily suggest panels which may be the best for your purpose and environment.
email pics and queries to: [email protected]

For Overseas Customers:
Pricing does not include international shipping and handling. Air freight for acoustic materials is expensive.

.
Also, all of our panels feature the “Staple T”channel which allows quick and easy installation with a staple gun. A simple but very handy innovation, and in many cases a great alternative to adhesive.
HA600-75 Information / Installation video